And there it is - officially the law of the land: 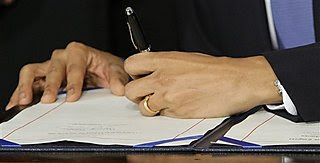 Television networks actually broke their daytime coverage to show the historic signing. Vice President Biden is reputed to have added, "This is a big f$%king deal" - seriously! (no s^!t, Joe.)

There was a moment yesterday of well-deserved recognition for Speaker Pelosi, who has cemented her place in the ranks of the greatest Speakers of the House in history: 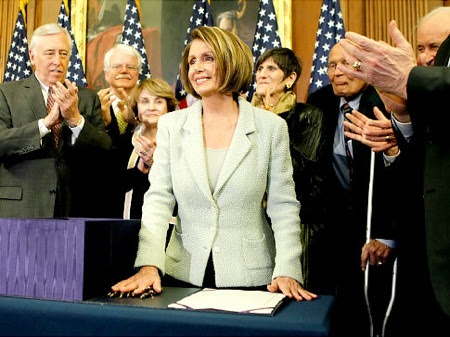 And the Republicans held a press conference of their own today: 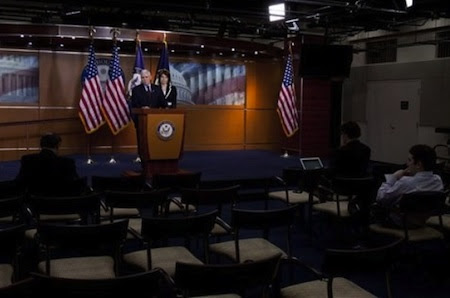 Also, The Republicans have officially introduced legislation to repeal the health reform. That legislation reads, in full,

Be it enacted by the Senate and House of Representatives of the United States of America in Congress assembled,


Effective as of the enactment of the Patient Protection and Affordable Care Act, such Act is repealed, and the provisions of law amended or repealed by such Act are restored or revived as if such Act had not been enacted.

Dante at Daily Kos summarizes the consequences of such a repeal-health-reform bill should it ever pass:

good luck with that!