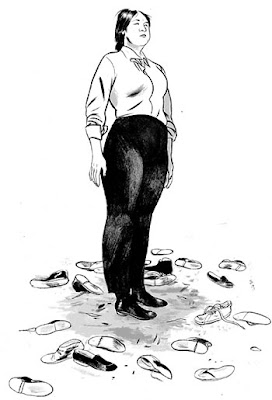 A moving tribute and remembrance by banned Chinese novelist Ma Jian, of the events of June 4th, a date that will surely be as symbolic as July 4th someday in the annals of human freedom. I excerpt the beginning and the end; but the middle is what you must read.

FOR three days last month, China’s national flag flew at half-staff in Tiananmen Square to honor the victims of the devastating earthquake in Sichuan. It was the first time in memory that China has publicly commemorated the deaths of ordinary civilians.

Crowds were allowed to gather in the square to express sympathy for their compatriots. Despite a death toll that has risen to nearly 70,000, the earthquake has shaken the nation back to life. The Chinese people have rushed to donate blood and money and join the rescue efforts. They have rediscovered their civic responsibility and compassion.

Their grief, shock and confused solidarity recall the hours that followed the Tiananmen massacre 19 years ago today, when the Communist Party sent army tanks into Beijing to crush a pro-democracy movement organized by unarmed, peaceful students.
[...]
There is an expression in Chinese that says, “One can only stand up from the place where one fell.” If China is to truly stand up and deserve its powerful position in the international community, it must return to the place where it fell. The regime must reveal the truth about past crackdowns and apologize to the victims and their families; release the hundred or so people still jailed for their connection to the Tiananmen movement, and the tens of thousands of other political prisoners languishing in jails and labor camps. And it must introduce democratic reforms.

The Chinese people have been reminded by the earthquake that lives are not expendable and that deaths cannot go unmourned. Now they have to extend that understanding to the victims of Tiananmen.