Hillary can't win - but should stay in 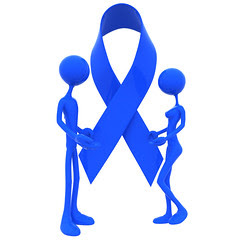 Slate has a cool toy - an online delegate estimator for the Democratic primary. I plugged in an Obama loss by 20 points in EVERY single remaining primary and caucus. Michigan and Florida are not included. The result? 1613 delegates for Obama versus 1596 delegates for Clinton. And the delegate counter is actually optimistic towards Clinton, because it doesn't account for the "blowout principle."

In a nutshell, Obama still has a 17-delegate lead going into the convention even if he loses by an insane, gigantic, utter blowout margin in every single state from here on out. In reality, he won't lose every contest, obviously, and the ones he does lose won't be by 20 point margins.

It's also quite relevant that pretty much every undecided superdelegate who has been asked, has said they will unequivocally NOT vote to overturn the results of the popular will. They recognize that this would destroy the party and especially drive away all the young voters who are the future of the party's dominance over the GOP. There are also rumors that a large bloc of superdelegates (50) are going to support Obama this week, but that was denied by the Obama camp.

Hillary needs to win the raw popular vote (ie, actual number of voters). Then she she has to convince the superdelegates that she deserves their support on that basis despite not having the pledged delegate majority. Right now she is 600,000 votes behind. Its impossible to estimate the popular vote breakdown due to the granularity of districts so this is an area of uncertainty. Note that to convince the supers, she would also need to convince them that she would be a better candidate against McCain, but the national polls at present give Obama that advantage too. This might change - let's see. Hillary is enjoying a huge bounce in PA after he Tuesday wins. But the deck is stacked against her.

Still, if the race is that close going into the convention, then we might well see a unity ticket - Hillary floated the concept first, which suggests she wouldn't mind taking the veep slot (though of course she argued that the "voters" should decide who is at the top of the ticket). I can easily see Hillary playing the role of LBJ to Obama's JFK. It would be a potent combination.

So given all of this, I still think it's important that Hillary soldier on. Not just because of the potential for a dream ticket with both of them but also because Hillary is testing Obama (and vice versa). Obama won his Senate seat in a walk over a ridiculous challenger (Alan Keyes). This primary cycle is testing him like he has never been tested before. A similar argument by Ellen Goodman makes the case for a protracted Democratic primary even more compelling:

We've put to rest the question of whether a woman is tough enough to be commander in chief. Hillary's been the tough guy in the race. Win, lose or draw, Hillary has rewritten the common wisdom.

It's also put to rest the question of whether white Americans would vote for an African-American. In the whitest of states, such as Iowa and Vermont, Obama left the bias about bias in tatters.

As for the notion that these two candidates will mortally wound each other and limp into the race against McCain? Does anyone doubt that Obama is a better candidate now than he was last fall? Quicker on his feet? Sharper at debating? Better at responses? As for Hillary, does anyone doubt her resilience? She lost 11 primaries in a row and came back. Knock her down, she pops up.

Nobody wants to see Democrats writing the attack script for Republicans. If you think these two have been rough on each other, remember 2004, when Swift-boating became a verb. This year will it be Monica-ing? Hussein-ing? Primaries are training grounds. And if Tuesday taught us anything, the voters are not through deciding.

And that's the beauty of this whole thing. The voters are indeed deciding.