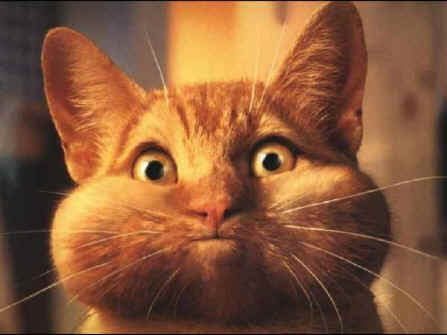 Every cycle or two, a reporter gets you so far inside the political locker room you can smell the sweat.

At this Iowa caucus that honor may go to Tom Schaller, a political science professor from Maryland who is blogging for Dailykos.

Today, he talked about "hard counts," the number of people you know you can turn out to the caucus (a number I've been harping on here). What is Dean's hard count, and how does it compare with the total number of peope due to attend tomorrow's caucuses?

Steve McMahon, Joe Trippi's partner in the Dean brain trust, looks like Sylvester grinning with Tweety Bird in his mouth. He won't give the number, of course, but he seems very confident that his hard count will be a high enough numerator no matter what the denominator.

And here's why: The rumor last night is that, of Dean's hard count "ones", a startling 60 to 65 percent of them are self-identified, first time caucus-goers. McMahon could be spinning, but that doesn't make sense - he surely does not want to raise expectations and then have to explain comparative failure on Tuesday. Second place, certainly third, and definitely fourth, would be comparative failure.

If it's true about the share of committed "ones" that are first-timers, however, and if the total number of hard count Deanies (first time or rarely-participating or newly-affiliating Democrats, whatever) is that high, this is important because this means Dean is toting a disproportionate share of these beneath-the-radar voters.

That is, if the denominator (the total number of caucus-goers) is larger than expected or we've seen historically, those new or newly-engaged people are disproportionately committed to Dean and his growing numerator (the number of Dean supporters at the caucus) is pushing up the growing denominator. (In other words, the total expected for the caucus is going up because there are so many first-time Dean caucus-goers.)

One related point: The dirtier the list the Iowa Democratic party sold all the campaigns, the better it is for the campaigns with the most field resources, those of Dean and Gephardt, because they have had the time to work through and clean it, tighten it. (Schaller understands that the list of Democrats sold by the Iowa party to campaigns and pollsters is very "dirty," with lots of mistakes in it, mistakes you must take time to fix before you can get any use of it.) In theory (and practice?), Dean and Gephardt have worked out kinks that Kerry and Edwards are just now encountering.

Bringing this full circle, the New Republic's Ryan Lizza and I pestered McMahon about whether these late polls, and the whole Kerry/Edwards surge news cycle, is potentially the BEST thing to happen to Dean, because it is lowering expectations for Dean's campaign without Dean having to do a darn thing himself.

McMahon conceded it could be, though he really didn't seem bothered about the polls or any expectations-game post-Iowa spin opportunities. His take is that it is what it is - the number will be what it will be. And he repeats that this is just Moment 1, and that the others cannot keep up over the long haul of the next two months in states where Dean is up and running and they are not.

Still, I think the poll numbers of the past two weeks (especially last 4-5 days) set things up this way: If Dean wins by any margin at this point, suddenly he is again the candidate who continues to surprise his doubters.

But that only happens if the Tweety Bird (Dean's true, undisclosed hard count) is really real, and not just a few feathers poking out of the corners of McMahon's mouth.

We'll know the Iowa answer tomorrow. And then we go on.